It's been ages since I've updated, alot of stuff has been going on in the meantime, which distracted me from posting any new stuff.
Currenty I don't have my own workspace, haven't worked on my film for over a month now due to the Christmas vacation, and the fact that my school has not assigned me a new workspace yet (apparently they don't want me to graduate?).
I have been enjoying the time off (which I really needed) and been working on some freelance stuff. It's gonna be a little tough to start up again, but I still need to set up and animate more than half of the shots for my film.

Replacement mouths for the robot. 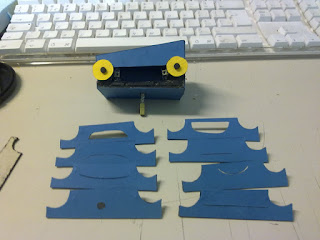 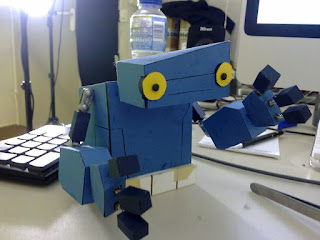 Robot ready to be animated. 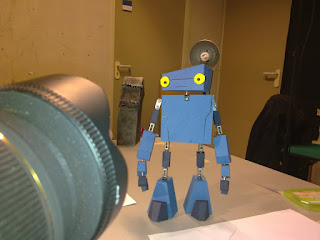 Posted by Kasper Werther at 13:25 No comments: Links to this post