I feel really original making up these names for my blog posts.

I've moved from my father's studio to a room in my school, I had to move ALOT of stuff, materials, props, setfloors, equipment, etc. This forces me to leave my house to actually work on my animation, instead of sitting at home like a hermit. So I guess that's awesome!

I've animated a few scenes so far, still too few according to my "schedule", one I haven't updated in weeks since some stuff happened that "slightly" delayed my shooting schedule.
Anyway, here are some obscure (and blurry) photos of the studio and the set.
I try to resist to not post all of my final shots, since that would ruin the final animation I guess.
So that's why I'm posting these here photos instead, yes! 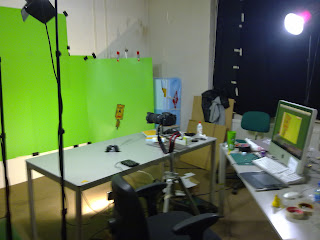 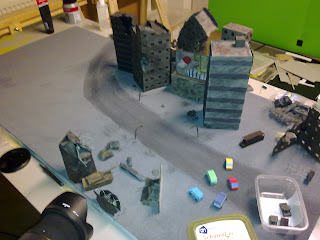 Setting up a post-apocalyptic shot in the city. 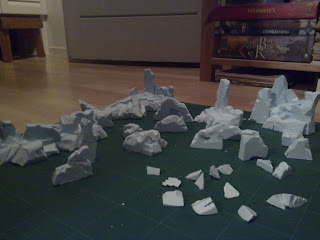 Unpainted city ruin props, I already have alot of them (both foam and paper), but I still needed lot's to fill shots and for matte paintings.
Posted by Kasper Werther at 23:15 2 comments: Links to this post